So you think you've got your bosses number? Think they won't notice if you're not paying attention in those meetings or shirking your co-workers? We've got news for you. They see and know everything!

1. When You're Not Paying Attention 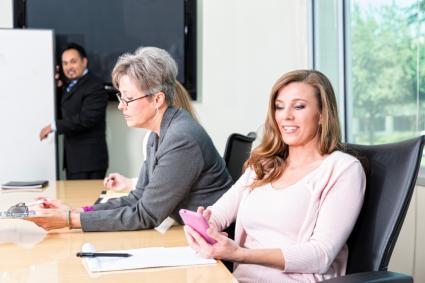 Another day, another excruciatingly long meeting. After five minutes of looking bright-eyed and bushy-tailed, avidly taking notes and paying attention, your mind begins to wander off to the thousand and one other things you should be doing, work related, or otherwise.

Unfortunately, your constant fidgeting or checked-out look is not invisible to your boss, who probably has an idea that your mind is elsewhere. This could make it look like you're not pulling your weight in the meeting, or as part of your team. Your boss needs to know that you're both physically and mentally present, so be sure to get that caffeine hit before kickoff. If you still find that words are going in one ear and out the other, Forbes suggests trying to create a mental picture of what the words mean to help maintain relevant information.

It happens to all of us at some point or another. The time has come to get a new job! Suddenly you're not only acting decidedly shifty around your boss, but you also have a ridiculous run of doctor and dentist appointments to get to. Your boss is not a fool - nobody needs that much self care. Plus, do you really think they haven't noticed you getting changed out of your interview getup in the toilets every time you come back from the... um... dentist? Be sure to keep your job search discreet by interviewing on your own time and fitting in interviews that don't openly cheat on your current employer.

3. When You Think It's Not Your Job

You're already maxed out on your current to-do list when your boss adds an additional request that you both know is not part of your job description. While we are all required to go beyond the call of duty at times, if you're feeling frustrated about this request, chances are that your boss will know. If you want to get a promotion, you can accept enthusiastically and find a way of making their request work. But of course, you're not superwoman! If you're genuinely concerned about how to fit this latest request into your already dizzying workload, talk to your boss evenly about the tasks already on your to-do list and which should take priority. Any boss worth their salt will be only too happy to help you prioritize.

4. If You're Being a Team Player 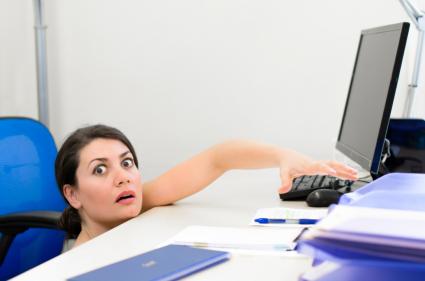 You've had a crazy morning of meetings and all you want to do at lunch is knuckle down in peace and catch up on emails. That's when your teammates swing by and ask if you'd like to join them for lunch. Before you brush off requests like these, know that your boss will be watching to see whether or not you fit in, because good communication and relationships are vital to a team's success. Saying yes to lunch once or twice a week will go a long way in terms of scoring brownie points with your boss and co-workers. It will signal that you are a solid team player and cast a more favorable light on your career than hiding behind a packed lunch. If you're genuinely swamped, be savvy and say yes on the days where your workload is relatively light (yes, a tall order we know!).

5. If You're Getting Involved in Conflict 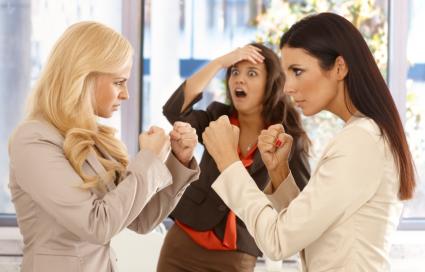 The tension has been brewing for a while between you and a co-worker with differences in opinion and personality behind every exchange. Of course, you may really feel like poking them in the eye, but you can be sure that your boss will be absolutely aware of any clashes you're involved in. Try to stay calm and minimize any potential conflict and don't let your co-workers suck you into any drama that your boss will not take too kindly to. And while resolving conflict over email can be hugely tempting to avoid that face-to-face cringe factor, we all know that emails can be hugely misinterpreted and usually only fan the flames. Instead, try taking a calm, face-to-face approach with an open-mind, as it's always the best strategy.

6. When You're Backstabbing Them 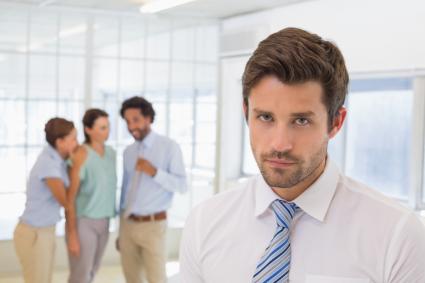 Your boss has been really on your case of late, and you just have to let off some steam about it to somebody... anybody! Surely your teammates are on the same page and would never rat on you? You may think your boss is a total ignoramus, but thinking you can bad mouth them without them ever realizing? That's just called biting the hand that feeds you. Know this - news travel fast in the workplace, no matter your occupation. And you can be sure that your boss will eventually notice that you have been stabbing them in the back. Best thing to do? Keep it to yourself when you're in the workplace and when you're with coworkers.

7. If Your Morale Is Low

You've had a bad run of things at work, at home, or maybe even both. It's fair to say that you feel like you have lost your mojo. But spiralling down into an abyss of low morale and enthusiasm is not only bad news for you, but also your boss, who not only will be noticing but also thinking about the impact your bad patch is having on the team's productivity. No matter how hard, try to keep your morale up to an appropriate level before your boss takes action on your downer. Keeping a good work-life balance is essential to keeping your morale up at work. Be sure to prioritize, ask for support where possible, and schedule one thing a day you that look forward to. And if all else fails, take a vacation!

So next time you think about doing something because your boss won't notice, think again, because chances are... they most definitely will.