Ex-offenders seeking jobs can find a listing of employers that hire those with criminal records helpful in their job search. Most companies that state their hiring policies make hiring decisions on a case-by-case basis depending on the individual's qualifications.

Some fast food chains hire ex-offenders. It depends on the state and whether the restaurant is a corporate or a franchise. The type of crime for the conviction also determines eligibility for hire.

Help For Felons reports that some McDonalds hire ex-offenders, while others don't. This depends on whether the restaurant is corporate owned/operated or is a franchise. Another factor governing these policies is state law. Some states prevent companies from hiring ex-offenders.

According to the long statement Burger King provided Successful Release, Burger King hires ex-offenders. The website verified past hires of ex-offenders. However, just like McDonalds, you'll discover these fast food restaurants are mostly franchises and owners may have a different hiring policy.

Jobs for Felons verified that Dairy Queen does hire felons and has hired in the past. However, individual restaurants may not based on state laws or the franchise owner.

Some big box stores hire ex-offenders. There are certain crimes that make an ex-offender ineligible for hire. Each applicant is reviewed on a case-by-case basis.

According to Successful Release, Walmart hires ex-offenders. An ex-offender isn't permitted to work where firearms are used. It was verified that Walmart has hired ex-offenders in the past.

Sam's Club hires ex-offenders. The company provided a statement to Successful Release about hiring convicted felons. It was verified that Sam's Club has hired ex-offenders in the past. The company further stated that each hiring decisions is based on the individual.

Successful Release verified that Trader Joe's doesn't discriminate against convicted felons. The company has hired felons in the past.

Other Companies and Industries

You aren't limited retail or the food industry if you are released and look for work.

Google states on its website, "We also consider qualified applicants regardless of criminal histories, consistent with legal requirements." 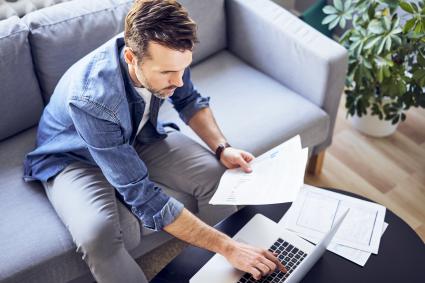 IntelliZoomPanel is a site offering opportunities to participate in paid studies. The studies take between five to twenty minutes. You participate by using your computer. You'll need a working computer microphone and webcam since some studies will require recording your responses. These are recorded as well as your demographic information, hardware inputs and computer screen outputs. This information is turned over to the company conducting the study. You are paid via Paypal, so you'll need to set up a Paypal account.

An online website, Upwork helps freelancers and other online workers connect with those employers needing workers. Most of the opportunities are time-specific projects, while others offer long-term and ongoing contract work. You will work out the details of your project with the hiring company. The website serves as a clearinghouse and not an intermediary.

Amazon Mechanical Turk is a marketplace that allows companies and individuals to crowdsource jobs and various processes for virtual workers. The jobs can be data validation or research. You may be asked to participate in a survey or content moderation. You're paid either by piece or per batch. Your pay can be different per batch. The tasks can be repetitive and you need good 10-key skills.

You may want to seek employment with a temporary agency, especially if you're unsure what type of work you want. Some jobs are just for one day while others may be for weeks or months. This type of position offers you the opportunity to try different jobs and get an inside view of a company. Some jobs are temp-to-perm, meaning if all works well, you will eventually transition into an employee with the company you're temporarily assigned.

People Ready has all types of jobs available. Some are in material handling, merchandise stock, and construction. If you have general or skilled labor you can likely find work. Other positions often include food service and janitorial jobs. Some employers request felon workers as part of their EEOC initiative.

Manpower is a long-standing temporary agency offering jobs in aerospace, defense, military, administrative office, call center, marketing, manufacturing, industrial, and skilled labor. According to Second Chance Jobs for Felons, Manpower hires felons. All hiring decisions are made on an individual basis of qualifications and experience along with type and number of convictions and time since release.

Adecco is a well-known temporary agency offering a wide range of jobs in administrative office, call center, marketing, manufacturing, industrial, clerical, medicine, and many other industries. Successful Release states the Adecco considers qualified individuals with arrest and/or conviction records and found records of such hires.

You can find local companies privately owned or non-profits that hire ex-offenders. You will most likely find these through word-of-mouth. Ask those you know about any possible job openings. You can contact outreach agencies and groups for guidance and referrals. A local church, synagogue or other religious organization. You can join a group of interest, such as hiking or a book club and network to establish contacts within the community.

After signing the First Step Act into law, President Trump continued his prison reform efforts with the Ready to Work Initiative. This program was launched by the Department of Justice and the Bureau of Prisons in June 2019.

There are several websites dedicated to helping ex-offenders find jobs. These companies are mentioned and include, Successful Release, Jail to Job, Second Chance Jobs for Felons, and Jobs for Felons Hub.

With the social and political focus on hiring ex-offenders, there are more opportunities for those being released. Many ex-offenders are able to take advantage of the second chance being offered through proactive legislature and prison reform.

1
Comments
© 2006-2021 LoveToKnow, Corp., except where otherwise noted. All Rights Reserved.
Employers That Hire Ex-Offenders for Jobs