Are you interested in learning about graphic arts outsourcing? Find out the facts about this type of work from Michelle Gormandy-Hadaway, a professional freelance graphic artist based in St. Vincent and the Grenadines, in this exclusive LoveToKnow Jobs interview.

What are the primary reasons a company opts for graphic arts outsourcing rather than hiring a staff artist?

Most small to medium-sized companies are not able to have a staff artist simply because the amount of work generated would not be nearly enough to keep the graphic artist occupied. As such, most companies will operate on an as needed basis. When they need something done, they call the graphic designer.

Large companies that do not have an in-house staff artist usually decide to send out RFQs (request for quotation) to several firms. Smaller design companies try not to respond to the RFQ but most larger design firms and advertising agencies will entertain a RFQ as they can afford to absorb the costs of doing speculation work. Some companies also want a direct line of communication with the designer rather than deal with an account executive. This gives them a level of control and security as they know there will be no muddying of the instructions given.

How important is it for an artist to be in the same geographic area as his or her clients?

Over the past ten years the reasons for being in the same area as your clients have gone out the window as internet broadband connections, internet telephone and video conferencing are becoming the norm. This will allow clients to choose to work with graphic designers from all over the globe.

This does not mean that there will not be clients who like to have face-to-face meetings. Those clients exist and usually in smaller communities. New and small companies getting into marketing and promoting their services are often nervous about spending money on something which is not always tangible - ads for newspapers and local television for example. Getting packaging designs done for their product line is something that requires the designer and the client to interface quite a bit as that can make or break a product. In these cases, being in the same area definitely has its benefits, but it does not mean that graphic designers are restricted to a specific region.

Working as a Freelance Graphic Artist

How did you decide to start a career as a freelance graphic artist?

That option was not open to me when I began my career, so I gravitated towards graphic design and photography. I began my company, Graphic Element, Inc. in the early 1990s. I especially like to do projects that have multiple pages, newsletters, magazines, and brochures where I can combine story, photographs and illustration.

How do you typically find new clients? 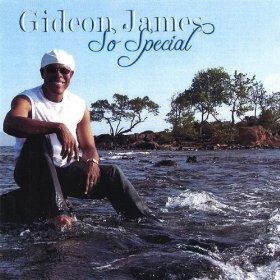 When I started in the early 1990's in Trinidad and Tobago, I got work from students who were studying at a hotel and culinary school who needed to get menus and reports done. I had a friend who was attending the school and after I did hers the others came in. From there the work came from a person who owned an Italian restaurant and needed a lunch menu photographed and designed.

Word of mouth carried me for three years before I even got my own business cards and I started handing them out like crazy. I also joined a Macintosh users group and met other freelancers and got work collaborating with them. I joined the local photographic association called PIATT and entered several photographic bi-monthly in-house competitions. This helped me to meet people who worked with advertising agencies and they would recommend me. That's how I began doing subcontract work for ad agencies. They began to call on me when there was something they needed that their in-house staff was too busy to do or could not achieve.

These days I am in a different market having migrated from Trinidad and Tobago to St. Vincent and the Grenadines in 2000. I have gone back to the word of mouth scenario as the island is small and at first I did not have access to service bureaus and full color printing which meant sending jobs to print in other countries. However, these days as broadband came to the island I no longer have to put jobs on cd's and courier them. I can send directly using either FTP (File transfer protocol) or using my favorite transfer program Skype. This has helped me to renew associations with old clients that I used to do work with in Trinidad and others in New York.

I also joined a couple of online networks, at first to get in touch with old friends and family, but I've found it's a wonderful resource for marketing. My next marketing goal is be to build a new website for my business.

What advice do you have for people who would like to pursue a career as an independent graphic artist?

LoveToKnow would like to thank Michelle Gormandy-Hadaway, owner of Graphic Element, Inc. for taking the time to share her insights about graphic arts outsourcing with readers. If you're interested in contacting her, she may be reached via email at mhadaway (at) myrealbox.com