Changes in the economy definitely have an impact on employment. The fact is, when the economy contracts, companies need to shed costs to keep themselves viable. One way to do this is to cut the number of people they employ. If customers are not there because people are not spending money, then businesses need to cut positions they no longer need. In short, in a recession, fewer jobs are available.

The cycle is very specific when it comes to recessionary cuts in employees. Something causes the individuals in a country to stop spending money. In most recent times, the starting point was the bust in the housing market. People lost their homes and investors lost money, causing the stock market to sink. Concerned people stop spending money, sometimes pulling it out of their investments, further worsening the situation.

With less money being spent by consumers, businesses of all types are affected by the crunch. For example, if you stop spending money, such as by not buying a new vehicle this year that you otherwise would have, the car salesman, the dealer and the manufacturer lose money. In turn, the parts company, the administrative staff and even the company delivering paper to the manufacturer lose money. Those businesses cut their losses by letting people go, removing their jobs since they no longer need them. This further worsens as now, even fewer people are spending money. As you can see, jobs are often lost when there are recession conditions.

Where Jobs are Lost

Jobs are lost in virtually every sector during a recession since the entire U.S. economy is dependent on each other. Some of the affected categories are: 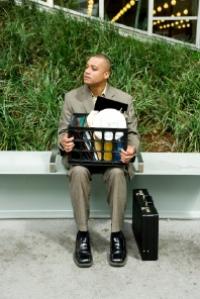 There are very few positions that are actually safe when it comes to US recession affecting job loss. The businesses may not close their doors altogether, but they are more likely to drop any extra positions they can so they do not have to pay salaries and benefits to those individuals. They may add these positions back on as the business grows again when the economy strengthens.

Learning if Your Job Is at Risk

During a recession, it's common for people to become concerned that their jobs might be cut. If this is you, there are things you can do to add some protection for yourself (in some cases.)

Most importantly, speak with your employer about your position to ensure that it is there for you. Recessions may cause job loss, but economic growth will spur new positions to open up in the future.

0
Comments
© 2006-2020 LoveToKnow, Corp., except where otherwise noted. All Rights Reserved.
Impact of the U.S. Recession On Job Loss